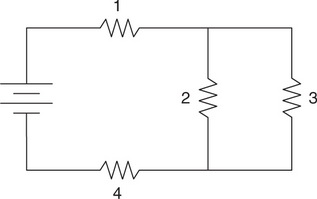 Four identical resistors are connected to a battery in the configuration shown in the preceding figure.

Which of the following ranks the current I through each resistor?