1. Two vectors, A and B, have the same magnitude, m, but vector A points north whereas vector B points east. What is the sum, A + B ? 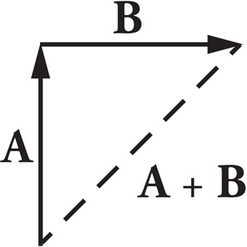 This makes (B) correct.