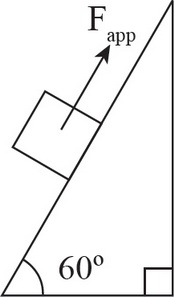 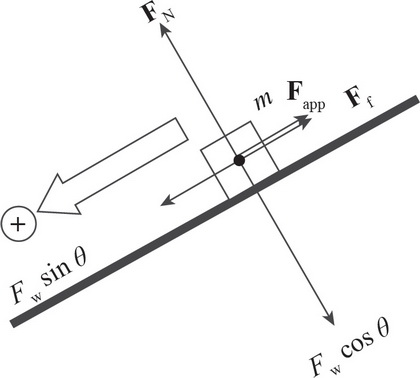 In order for the box to be at rest, the net force in both the parallel and perpendicular directions must be zero:

A force of 76.6 N must be applied to prevent the box from sliding down the inclined plane.